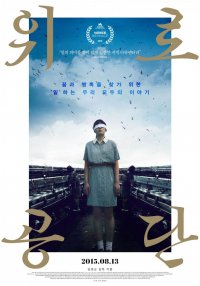 Synopsis
In January of 2014, on the day sewing workers stood up in Cambodia, a bullet hit the head of 21 year old female worker. That was the answer given to those that raised voices and fought for their rights as they wanted to be paid for their labors worth. Low salary, labor exploitation, and the bloody crackdown: the words that filled Cheonggyecheon market in 1970s Korea which we longed to forget are now hovering over Southeast Asia.
Daughters of the past female workers are now contract workers or emotional-laborers such as call center guides, transportation crews, and supermarket clerks. With the emergence of new services, digitalization and high-tech industry, the conditions for labor seems to have improved, nonetheless, why do these female workers still have to endure hardship and impoverished lives?

View all 90 pictures for "Factory Complex"