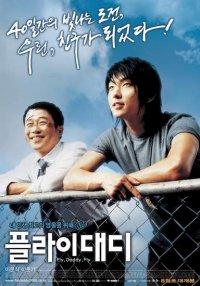 An ordinary businessman in his forties, JANG Ga-pil returns home one day to find his daughter sexually molested by some schoolboys, including school boxing star KANG Tae-wook. Realizing that he has no background and money to fight back, he plans to stab KANG on the way to school. This fails miserably, but another student named GO Seung-suk agrees to teach Ga-pil to fight  in only 45 days.