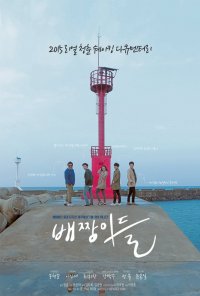 Synopsis
One day, four musicians named Hwi-chan, In-se, Hyeong-joon and Baek-soo, get asked to be a part of a documentary movie directed by Jeong Hun, a music content creator. They accept, not thinking it's a big deal.

The four of them work, drink, smoke, eat, drink and play music. There's nothing about them to be used in a movie. The musicians wonder if their lives can become movie material but the director says it's alright.

Then one day, the musicians are drinking when they see a live footage posted on a website by the nickname haenyu91. They ask where she lives and find out she lives in Jeju Island so they head there.

However, they were unprepared and thanks to Hwi-chan's mistake, they walked along the coast without a rented car. Eventually, they arrive at the cafe she works at but she's not there, only the bad tempered manager. Then they walk the night of Jeju once again until they hear music coming from somewhere. Coincidentally, they meet haenyu91 and she helps them find a place to stay for the night. She takes them to eat delicious Jeju food and the four of them get friendly with her. However, trouble starts when Baek-soo and the female musician start having different views about indie music...

For Your Youth | Cast

For Your Youth | HanCinema Reviews

For Your Youth | News

For Your Youth | Pictures

View all 27 pictures for "For Your Youth"

For Your Youth | Videos | Suggest a video

For Your Youth | Links | Suggest a link

For Your Youth | Reviews

For Your Youth | Facts

For Your Youth | Community