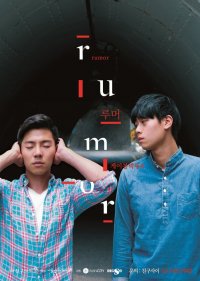 Synopsis
[Open]
Han-do lives alone and was doing his homework with a friend when his drunk girlfriend comes by. This is the start of a three way tug-of-war.
[FMSM]
Expession of emptiness that isn't satisfied by loneliness and lust by watching "A Gay's Night".
[Tea Time]
A guest visits Gwang-ho and his mother. It's his boyfriend Joon-won. The three of them have tea and his mother starts saying Gwang-ho lost his memory in an accident...
[Cohabitation]
Mal-lo wants some time alone but Bok-hee is an unwelcome guest. In the end, Mal-lo hooks up Bok-hee and virgin ghost Sang-won together. However, Sang-won with a special tendency and and angry Bok-hee appears in front of her.