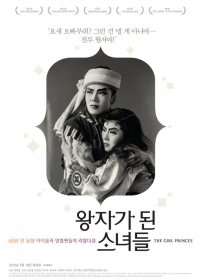 Synopsis
This is the story of women who chose to be princes themselves rather than wait for their princes. During the 1950s, a type of Korean musical with an all-female cast called Female Gukgeuk enjoyed a golden age in Korea. Especially Female Gukgeuk set the hearts of many young girls on fire. Some fans loved their actors so ardently that sent bloody love letter, even committed suicide. And some girls ran away from home and followed Female Gukgeuk companies on the road.
Cho Geum-aeng, Hae-ri Kim, Park Mi-sook, Huh Sook-ja, Lee Ok-cheon are the girls who left home and became male-role actors. And they are, despite their old age, on stage to this day. Although Female Gukgeuk has gone down the path of decline, their enthusiasm for Female Gukgeuk has not faded yet.

View all 14 pictures for "Girl Prince"