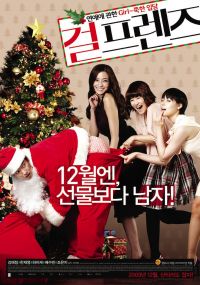 Song-i (Kang Hye-jeong) starts dating her handsome co-worker Jin-ho (Bae Su-bin). But when she suspects Jin-ho might be cheating on her, she sets out to meet the ``other woman,'' only to learn that he has not one, but two, other ``girlfriends'': Jin (Han Chae-young), Jin-ho's first love, is a sexy and successful party planner, while Bo-ra (Heo I-jae), is a fearless, young college student. Strangely enough, Song-i finds that their similar taste in men to be the basis for a great friendship.

View all 52 pictures for "Girlfriends"