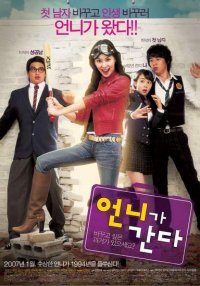 At thirty and age coming on her, Jung-joo despises how her life has turned up. Degraded into doing simple chores for a designer, she believes that the turning point of her life was failing in becoming the girlfriend of then school poster-boy Ha-ni. Whats more, Ha-ni has now become a top star, and that irritates Jung-joo more than anything. When a chance to go back to the past for a week is given to her, she meets her younger self, and is determined to change the course of life that has eluded her for so long. But such a task seems much harder than it had first appeared to be, and she becomes more desperate than ever.