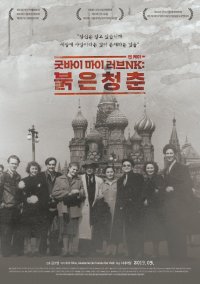 Synopsis
This film looks back on the lives of 8 young North Koreans who went to study at the Moscow Film School in Russia right after the Korean War. In Moscow, they named themselves as 8 Squad and formed a deep friendship. In 1958, they gave up going back to their home after denouncing KIM Il-sung and sought political asylum. Even though they got scattered throughout Eurasian countries, they made their own mission statement and kept active in their own fields of film, novels, and the press. Interviews of survivors, sentences from novels and letters from their homes demonstrate their political conviction, passion towards art, and also a longing for their home. Even though they had to live apart from their families as a diaspora, they are fortunate to have each other.

Furthermore, thanks to such reckless attempts, this film could depict another world. (KIM Kyung-tae)

View all 29 pictures for "Goodbye My Love, NK"