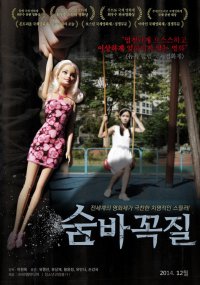 Today again, Mi-Young plays hide and seek with her dolls as her daily routine. Busy trying to find her dolls hidden deeply, Mi-Young is startled by a sudden door knock sound from outside and hides herself inside a closet. Oh-Geun, a former school bus driver for a kindergarten lost his job when his boss, principal of the kindergarten, became to learn about his previous criminal history. Since then, he has been wandering around on the street. He suffers from sexual desire disorder and has been taking medication to suppress the symptoms, which has not been working very well. Min-Su is determined to seek revenge for her daughter, who was sexually molested. He gives up on everything else and struggles alone to find the assaulter finally. He goes on to take vengeance...