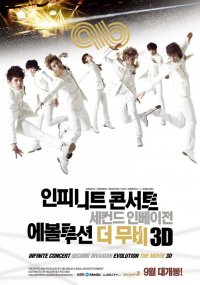 Synopsis
On the 1st of April, INFINITE rises to the stage of the Seoul Olympic Gymnasium for their encore concert "SECOND INVASION [ EVOLUTION ]" and faces the heat of fans dying to see them.

Fancy performance! INFINITE's energetic dance moves!
The stage is taken over by the seven young men!