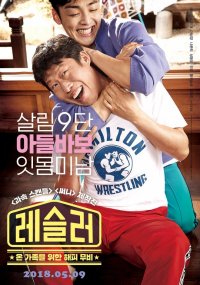 Formerly known as "Wrestler"
Started filming : 2017/07/19
Wrapped up filming : 2017/10/17
Synopsis
This is the story of a father and son who grow closer through wrestling. However, the son's beloved girlfriend has a crush on his father.

View all 118 pictures for "LOVE+SLING"