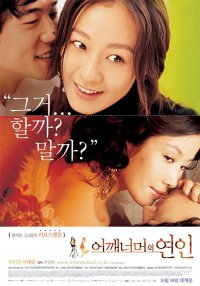 Synopsis
I make love to a married man, so what? Jeong-wan is a promising photographer on the rise, 32-years old and still single, not that she has a problem with that. Since she has no fantasies about marriage, she doesnt feel its necessary to find a life partner. But she wishes that she could have a man she can have a relationship with. She can make love to a man freely whenever she wants, so why would she ever get married? Hee-soo has been Jeong-wans friend for more than ten years. She is a very sexy housewife, looking as young as women in their twenties. It was a shock to everyone she knew when she got married to a characterless and uninspired man since she has had a dramatic history of passionate romance. But when it came to marriage she chose a man as if he was an insurance policy - a man who could support anything she wanted. She can use all the time and money he gives her to treat herself, so why would she ever need to work? The two lives collide when both womens relationships end up in opposite ends of two separate affairs. Jeong-wan begins a relationship with a handsome married man while Hee-soo finds out that her husband is cheating on her with a much younger girl. Jeong-wan feels safe knowing that there will never be a commitment with a married man and Hee-soo wants to let her feelings known to her friend but when it comes to love, all is fair and everyone is for himself.

View all 26 pictures for "Love Exposure"