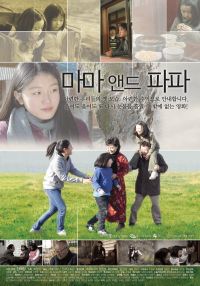 The sad story of three sisters who overcame their harsh fate.
Min-cheol's wife is pregnant, and he has been saving up for her hospital costs. But he loses his money to his brother-in-law Man-soo. He borrows money from a loan shark and can't stand the building interest and debt. So he leaves his wife and children.

His wife is left with the children in the country alone, and she loses the house and the fields to the money lender Kang Min-dal. She gets sick and dies, leaving three young daughters. Min-cheol hears this news and realizes how foolish he has been. He goes to Kang Min-dal's group and brings a knife...

Min-cheol's three daughters have been living with the care of the neighbors.
The oldest daughter Ji-yeong begins working night and day at a sewing factory, but she doesn't suspect that her uncle has already taken a year's worth of pay and fled.
And she endures abuse and hardships caused by her uncle's family.
But she doesn't lose hope and works hard to try to bring her younger sisters Ji-soo and Ji-ah back from the orphanage to live together.
But a famous actor finds out about Ji-yeong's story and it becomes revealed to the world...

View all 44 pictures for "Mama and Papa"