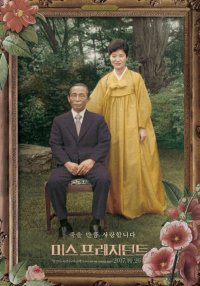 Synopsis
My father led a coup in 1961. Two years later, I became the president's daughter.

"Mis-President" explores the basis of the myth that made Park Chung-hee and Park Geun-hye into the presidents of Korea. The film starts with an old clip of Park Geun-hye entering the Blue House as a daughter of the president and ends with her leaving after she was impeached. Though her life has resulted in a drastically different situation, the myth still stands.
Mis-President follows the daily lives of an old man and a married couple who worship Park Chung-hee and Park Geun-hye like gods. The film often inserts documented footages of the past to show how the ideology of the government successfully prevailed. It also shows how the elderly, brainwashed by the propaganda, are living today like the past. It's shocking to see how this group of people is worshipping the Parks with absolute, religious faith. [KIM Youngjin]

View all 10 pictures for "Mis-President"