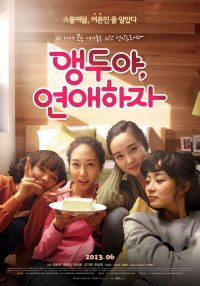 Synopsis
Four women live in a house. The landlord is Cherry, who is a would-be author. she failed so many times, but still tries again and again. She has another problem; she can't fall in love because her ex-boyfriend cheated... Yes, you can empathize with her. But can you empathize with the other women? They haven't fallen in love even during five years!! Some might think the house is under a curse. Anyway, they look happy...?
No. No. No. Something is beginning to change. Cherry has come across a novel that was not accepted at the novel contest.