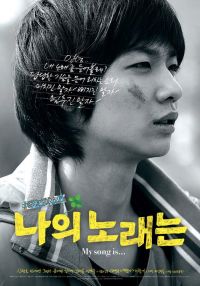 20-year-old Hee-chul living with his grandmother in a small room doesn't have a special dream or hope. He didn't go to collage just like others at his age, instead, does a part time work at a snack bar. One day, he appears as a main actor in an independent film, which is produced by college students Yun-ju and Sang-uh. Since then, some of his friends leave him and some troubles appear, which change his point of view little by little. He gets to experience a whole new world that provides him with another steps forward especially through director Yun-ju. This movie shows a growth pain not only comes to Hee-chul but also comes to everyone in their twenties.