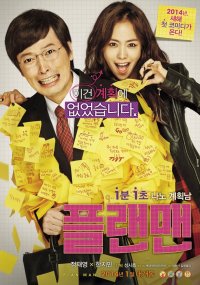 Crank in 2013/07/24 ~ Cranck up 2013/10/26
Synopsis
Jeong-seok is a librarian who is obsessive-compulsive and must set plans for everything. Unable to get along well with others due to such a personality, he falls for a convenience store worker who is much like him. Jeong-seok sets up a plan to confess his feelings for her and goes, but the free-spirited So-jeong is there instead. So-jeong, a member of an indie band, later makes a song about how The Plan Man lives. She even asks him to enter a singing auditions program together. Will Jeong-seok be able to break out of his shell and face the world?