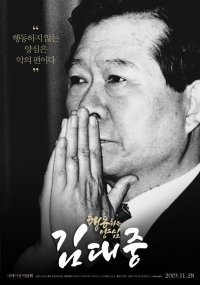 Five near-deaths, 55 house arrests, six years in prison and 777 days in exile; he has endured the injustice of the times and has seen democracy end on this land. Kim Dae-jung's active conscience had him spend the rest of his life for peace on the Korean peninsula.

After serving as the 15th President of the Republic of Korea from the island boy of Hahui-do and even won the Nobel Peace Prize, everyone thinks they know him. However, many don't know of Kim Dae-jung, whose brilliant beginning and end meet.

View all 12 pictures for "President - Documentary"