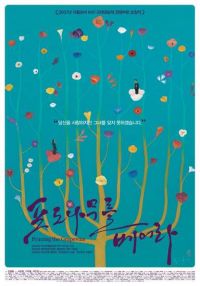 Soo-hyeon, a student at Catholic Theological Seminary, decides to pull himself together and focus on his studies after breaking up from his girlfriend, Sua. One day he receives the news of his mothers illness, and with the permission from school authorities, he spends a night at home. The next day, he departs for the train station but finds himself unable to take a school-bound train, heading instead to his ex-girlfriend, Sua. He is dispirited from Suas adamant unwillingness to see him. Back at school, Soo-hyeon makes the difficult decision to quit studying, but is persuaded by the rector to go to a monastery for spiritual purification.

View all 11 pictures for "Pruning the Grapevine"