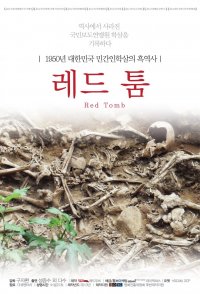 Synopsis
From the time of Korea's liberation from Japan until a ceasefire was called to the Korean War in 1953, more than 1,000,000 civilians were sacrificed. It became a back and forth slaughter between the left and the right, but the slaughter of many victims also came at the hands of South Korean armed forces, right-wing groups, and bombing by US troops. In the middle of it all, as a level of preventative measure during the early stages of the Korean War, were the detained and massacred National Guidance Alliance members. Of the estimated 230,000-450,000 members across the country, the majority were farmers, and were people with no interest in political ideology. For no other reason than joining a government-made enlightenment group, these people, without even receiving a trial, were falsely victimized. All because of national ideological standards that had nothing directly to do with the Korean War.

View all 7 pictures for "Red Tomb"