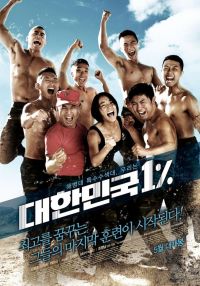 Staff sergeant Lee Yu-mi (Lee Ah-i), the first woman to pass the special forces marine training in first place, is assigned to turn a group of the worst performing soldiers into the best. She struggles as her teammates dont respect her as their leader and rival staff sergeant Wang Jong-pal (Im Won-hee) interferes. With the support of Sergeant Kang cheol-in (Son byeong-ho), Yu-mi begins final training with her teammates.

View all 49 pictures for "Republic of Korea 1%"