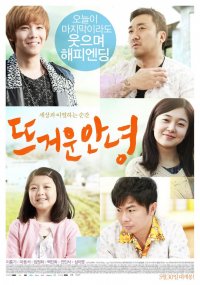 Formerly known as "A Hot Goodbye" on HanCinema
Synopsis
The world famous K-Pop star, Chung-Ui is sentenced to 300 hours of probation after he got into a scuffle with a drunk. He serves the time in a hospice where the patients drink and smoke but nobody cares! While Chung-Ui lies down on a job and tries to escape from Anna who meddles in every single thing he does, he happened to look over the hospice band Phoenix practicing. Although they all know they could die tomorrow, they put their hearts and soul for the band. Chung-Ui rediscovers his passion for music. Would selfish Chung-Ui manage to finish the service successfully?

View all 88 pictures for "Rockin' on Heaven's Door"