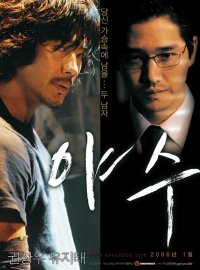 Synopsis
Jang Do-yeong is a hot-blooded homicide detective who has lost faith in the law. Oh Jin-woo is an elite prosecutor who stands in opposition to Jang in that theres nothing but the law in which he can believe. However, learning that theyre running after the same target, the two men decide to team up. As they get deeper into the investigation, a huge conspiracy awaits them, in which Yoo Kang-jin, boss of the Guryong Family, is involved. Feeling threatened, Yoo blackmails Jangs family and pulls strings to get Oh off the case. Now an unavoidable battle begins between two men and the kingpin of the criminal world.

View all 92 pictures for "Running Wild"