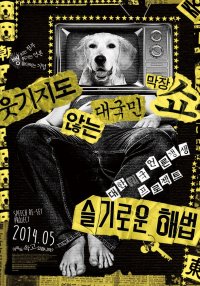 All Korean media call themselves 'reasonable'. However, they accept false reports and plot for the continuous rise in housing for the survival of the media company and security. Some even utilize the media to get rid of a political opponent. A man who was president is gone because of the most sure and powerful lies created by the media and lies are being repeated for the great capital "Samsung".
What is the wise solution between various media in the country that manipulate the society's thoughts and mind?

View all 28 pictures for "Sage Solutions"