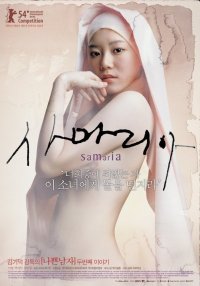 Also known as "Samaritan Girl"
Synopsis
Jae-yeong and Yeo-jin are high school girls. Jae-yeong manages her life by doing child prostitution, and Yeo-jin takes care of Jae-yeong's money and her customers like a manager. However Jae-yeong falls down from a building and dies when she gets chased by the police. After Jae-yeong's death, Yeo-jin decides to have sex with Jae-yeong's customers and give the money back. Gradually, Yeo-jin meets men happily like Jae-yeong. One day, Yeo-jin's father coincidentally spots Yeo-jin with a man and he starts to tail him. From that day on, he beats up those men and he ends up killing one of Yeo-jin's men. One night, he asks Yeo-jin to go on a journey...

View all 39 pictures for "Samaria"