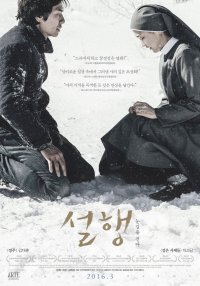 Synopsis
Jeong-Woo is sent to a sanitarium deep in the mountains to overcome his alcoholism. There he meets a young nun named Maria who has a special ability to see inside people. In this isolated sanitarium Maria is the only person who seems to care for him and soon he feels drawn to her. While struggling with his withdrawal symptoms, Jeong-woo has a vision where his reality is different from what he believes. The further he escapes from his alcoholism, the closer he gets to confronting the past that he has denied for years.

View all 53 pictures for "Snow Paths"