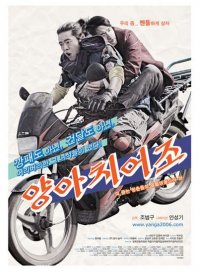 For the teenagers who live on the northern part of the Han River in Seoul, the southern area is the land of wealth and opportunity. Ik-soo and his two friends are high school students in the northern area who live without any special hopes. When his mother dies unexpectedly, Ik-soo receives a small inheritance. He and his two friends move to the southern part with hopeful dreams. The southern neighborhood, however, is heartless to them. Ik-soo falls in love with a woman and spends quite a bit of his inheritance on paying her debt. He also has to take care of his two friends whenever they get into trouble. Eventually, he spends all his money and moves back to the northern area.

View all 23 pictures for "The Bad Utterances"