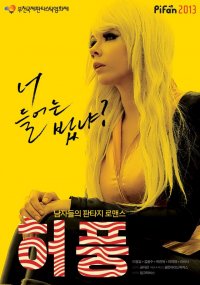 Synopsis
4 old friends gathered after a long time. Banal daily conversation and continuous smut as always. Their sexual bluff battle start with such as, You never held hands of an Idol, A common point of magpies and congress members  repay favors with their own body. and Ive slept with nonhuman. At last the final chapter of the bluff battle comes. Guys, do you believe in UFO?

View all 11 pictures for "The Bluff"

The Bluff | Links | Suggest a link