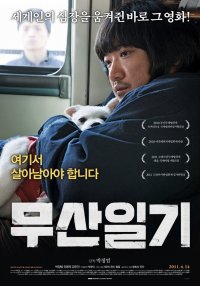 Synopsis
Jeon Seung-chul defected from North to South Korea to find a better life. Although he does all types of menial jobs such as taping up posters on the street, he is armed with a can-do spirit. But he often finds himself being beaten or bullied by his neighbors because of his status as a North Korean defector.
Life is even more difficult because the first three numbers of his citizen identification number, 125, mark him as a defector, often drawing a sharp line between him and his fellow Koreans.
Things become more complex when he falls in love with a South Koran woman at his church who works at a noraebang (Korean singing room). In order to win her heart, Jeon even lands a job at the same noraebang but the woman asks him not to tell anybody at the church where they work because she believes it is a shameful job for Christians.
Meanwhile, Jeon has to contend with his roommate, fellow defector Kyung-chul, who often steals and cheats on his compatriots. Jeons only comfort in his life is an abandoned dog.

Inspired by director Park Jung-bums friend Jeon Seung-chul, a North Korean defector who died of stomach cancer at the age of 30, rookie director Park wrote the screenplay and also played the lead role. Even before its official release in Seoul, the film received more than five international film awards.

The Journals of Musan | Cast

The Journals of Musan | HanCinema Reviews

The Journals of Musan | News

The Journals of Musan | Shopping

The Journals of Musan | Pictures

View all 27 pictures for "The Journals of Musan"

The Journals of Musan | Videos | Suggest a video

The Journals of Musan | Links | Suggest a link

The Journals of Musan | Reviews

The Journals of Musan | Facts

The Journals of Musan | Community

The Journals of Musan (무산일기)