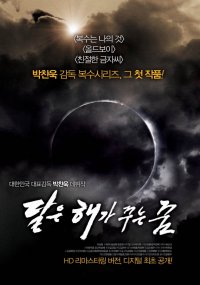 Synopsis
Ha-young and Mu-hoon are half brothers. Ha-young becomes a successful photographer but Mu-hoon becomes a gangster in Busan. When Eun-joo, the boss' mistress, is caught cheating with Mu-hoon, the two take off with the organizations' funds. But they are soon caught and although Mu-hoon escapes with the money, Eun-joo gets a scar on the cheek for punishment and is sold off to the prostitution quarters. Mu-hoon who has been searching for Eun-joo for a year finds a picture of her in Ha-young's studio. Ha-young had been photographing the red light district. After a ghastly battle, Mu-hoon rescues Eun-joo and they hide out in Ha-young's studio. Ha-young, recognizing Eun-joo's beauty and talent, urges her to be a model. Eun-joo gets her scar removed with surgery. Meanwhile, the mob conducts a thorough search for the lovers and find Mu-hoon and threaten him with Eun-joo's death. Mu-hoon accepts their proposal to work for them and infiltrate the court building to eliminate the mob's target. But when he realizes that it is his best friend Man-soo, he abandons his task. While leaving, he is shot by a convoy police. After killing the mob boss, Mu-hoon dies while seeking Eun-joo. A year later, Ha-young remembers Mu-hoon and Eun-joo as he watches the movie she starred in.

The Moon Is... the Sun's Dream | Shopping

The Moon Is... the Sun's Dream | Pictures

The Moon Is... the Sun's Dream | Reviews

The Moon Is... the Sun's Dream | Community