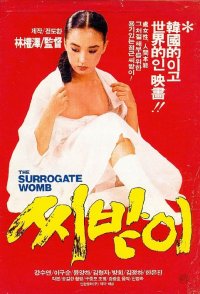 Also known as "The Surrogate Womb"
Synopsis
During Chosun Dynasty, Shin Sang-gyu of noble birth and his wife Yun are concerned that they have no child to succeed the family name. Sang-gyu's mother and uncle Shin Chi-ho brings Ok-nyeo to have her be a surrogate mother. On their first night together, Sang-gyu falls for Ok-nyeo's beauty and his wife becomes jealous. Ok-nyeo falls for him as well so her mother tries to persuade her to see the reality but in vain. Ok-nyeo gives birth to a son whom she has to give him to Yun's arms. Ok-nyeo defies her misfortune with her own death.

View all 28 pictures for "The Surrogate Woman"