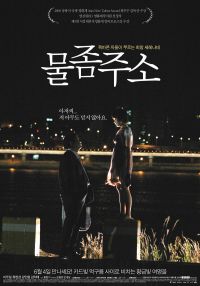 Synopsis
GU Chang-sik is a debt collector working day and night to reform Koreas fiscal order and dreaming of becoming the King of debt collecting, so that he can earn a tremendous salary. Unfortunately, he is the last man in the race for three months in a row. One day he meets three debtors, which leads to the comedy of the film: KWAK Seon-ju, a young debtor who is struggling hard to raise a child alone; CHO Eul-sang, who goes bankrupt after his company collapsed but tries to keep his house for his soon-to-be-married daughter; and SHIM Su-gyo, who fails to get a job after graduating from a local university and falls into the private loan business.

View all 22 pictures for "Thirsty, Thirsty"