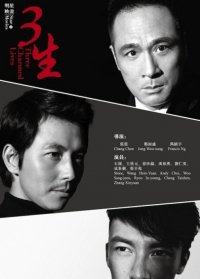 89min | Release date in South Korea : No realease date yet

"Three Charmed Lives" is co-production between South Korea, China and Taiwan
Synopsis
Chang Chen's Inchworm pictures an unemployed character seeking emotional comfort in video games. In Jeong Woo-seong's The Killer Behind, The Old Man, a hit man fights off an offer: a son wanting to knock off his own father. Francis Ng's The Tangerine tells story of a fugitive's chance meeting with the kindness of a stranger. East Asia's most celebrated actors directing three films about three desperate men.