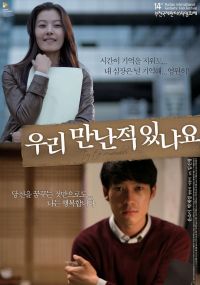 Formerly known as "Forever with You" (그대와 영원히, Geu-dae-wa Yeong-won-hi)
Synopsis
A man and a woman, despite hardly met before, they have been suffering the same dream and the same deja vu. A magnetic force leads them to Andong, the historic elegant city, and they find the anonymous womans 450 year-old letter in a museum. A fantastic melodrama about love transcending time and space.
--
This is a fantasy romance between Eun-gyo, who strangely felt a déjà vu in Andong, and In-woo, who felt an unknown sadness after he read a letter of a woman in 450 years-old grave.

View all 17 pictures for "Try to Remember"