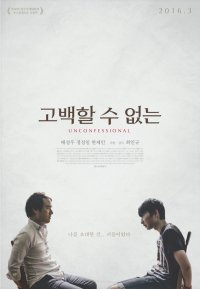 Synopsis
Cruel revenge...a confession even crueler than that.
Movie director Byeong-cheon invites high school student Se-yeong over to his house to interview her for a character in his next movie. He relives her nerves with some vodka and starts the interview on a good note but things change when Byeong-cheon brings out his real intentions.
His lunacy steps over the line when he tells her she can get out safely if she answers his questions honestly and Se-yeong struggles to survive. She gets a chance in the end but she is apalled to find out one of Byeong-cheon's greatest secrets.

View all 17 pictures for "Unconfessional"