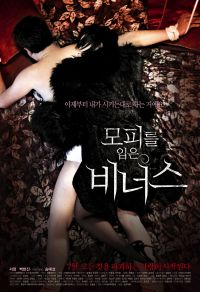 Synopsis
Film director Hyun encounters a mysterious woman and asks her to be his muse. Intrigued with his daring proposal, she accepts. Soon she invites him to her villa in the country to give him some isolated space to write his screenplay. But her masochistic acts slowly consume his desire and longing. He bears escalating humiliation and pain that are inflicted on him for the sake of being with her and ultimately signs over his life to her as her slave.

View all 10 pictures for "Venus in Furs"