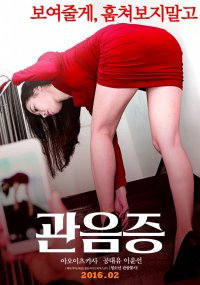 Synopsis
Can you film me without anyone knowing...not even me?
A paparazzi reporter and a female doctor with exhibitionism can't help their instincts. Jae-hoon was a cameraman but he was fired for something and is now a paparazzi. He is known for his neat work but his usual task is catching people in affairs. One day he gets a call from a woman asking him to keep watch on her twin sister. The sister owns a sexual consulting clinic so he goes as a patient. Then he starts to watch her in secret. As time goes, he shows signs of voyeurism and obsesses with her. The doctor's sister cancels her request but it's too late. Then he finds out that the doctor wasn't a twin sister but in fact the client herself and he blinds himself. Did Jae-hoon's voyeurism go away or was he a sexual pervert? Or did he really love the doctor?

View all 14 pictures for "Voyeurism"