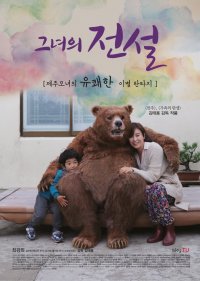 27min | Release date in South Korea : Not yet Released

Synopsis
Yu-jin, a pharmacist, receives news that her mother has been in a diving accident at sea, and, after hurrying to Jeju Island, discovers that the coastguard has been unable to find her. In a magical twist, Yu-jin's mother returns as a bear and they are able to meet once again.

View all 54 pictures for "Where Mermaids Go"