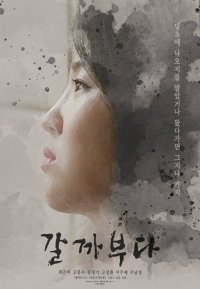 Synopsis
43 year-old movie director Ko Bong-soo plans a documentary for his girlfriend Choi Eun-bi, who is 18 years younger than him. It's his first major gift to her and he thinks she'll love it, but when he interviews her family and friends, he is met with strong opposition and hatred.

Devastated, Ko Bong-soo thinks making Choi Eun-bi's father agree with him will settle everything and visits him, but her father beats him up. Ko Bong-soo completes the documentary as a final parting gift for his girlfriend.

Wish You Were Here | Cast

Wish You Were Here | News

Wish You Were Here | Pictures

View all 9 pictures for "Wish You Were Here"

Wish You Were Here | Videos | Suggest a video

Wish You Were Here | Links | Suggest a link

Wish You Were Here | Reviews

Wish You Were Here | Facts

Wish You Were Here | Community

Wish You Were Here (갈까부다)