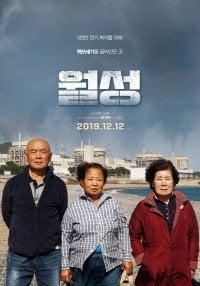 Synopsis
People are living right next to the most dangerous pile of nuclear garbage!
Wolseong, a comprehensive set of nuclear power plants, waste treatment plants and treatment management facilities, carries 51%, more than half of the country's, high-level nuclear waste. Hwang Boon-hee, an old woman who suffers from thyroid cancer due to radiation from the nuclear power plant, and other residents are still protesting today, demanding that government authorities come up with measures, but no response has been given. Faced with the fate of having to live in nuclear waste for the electric welfare of 50 million people, Hwang Boon-hee and 618 thyroid cancer patients around the plant start a joint lawsuit against Korea Hydro & Nuclear Power (KHNP), a nuclear power plant operator, claiming that their thyroid cancer was caused by nuclear radiation. The pain of living next to a nuclear power plant must finally come out to end in this generation, so that our grandchildren won't be victims like us!

View all 24 pictures for "Wolseong"