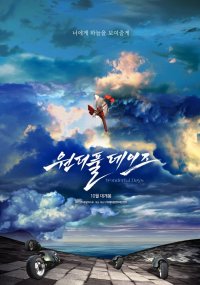 Life on earth is on the brink of extinction from pollution and other environmental disasters. In order to survive, humans create a city called Ecoban that organically grows on its own, feeding on the earth's pollution. However, only a select few are allowed to live in the shielded city, leaving many to perish in the wilderness. Conflicts arise after some city officials decide to continually pollute the earth so they can enjoy the prestige of living inside of Ecoban. A feature animation encompassing state-of-the-art 3D and 2D animation.

View all 59 pictures for "Wonderful Days"