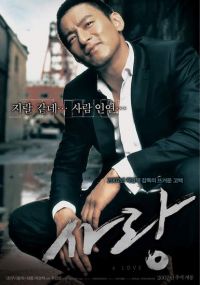 A mans fight against his damned destiny begins! His one and only destiny! At age 17, he meets a girl as beautiful as a watercolor painting. I swear Ill protect you... Although he is the best fighter in school, he dreams of making his mother proud by going to college. The tough but pure hearted, CHAE In-ho.... It takes him 7 years to confess to the girl of his dreams. A poisonous fatal destiny strangles his happiness! He stabs a gangster in the neck for her. Im Peek-a-boo, you bastard! He wanted to live quietly like everyone else. But to keep his promise to protect his girl, he stabs Chi-kwon, a notorious mobster in Busan. A second chance comes his way! He devotes his life to working for Chairman Yoo. Give me your youth...and Ill give you power... He buries his love for the vanished girl and gets a second chance while working at the docks. He offers his life to the man who first holds out his hand for him. His lifes twisted fate! The girl he cannot forget returns as a love he cannot have. Dont go...Women are just a phase... The girl he never stopped thinking about suddenly reappears in his life. She becomes his patrons woman and beyond reach... But as he decides to be happy for once in life, bitter cruel destiny rattles everything in his life.

a LOVE | Videos | Suggest a video

a LOVE | Links | Suggest a link