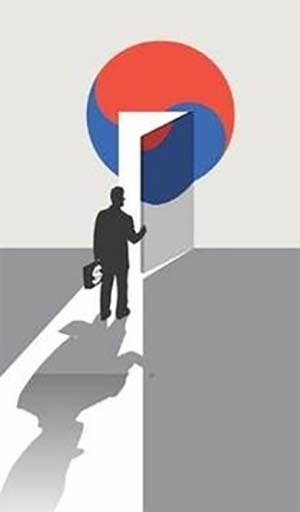 A growing number of Koreans are emigrating, citing the sputtering economy and poor education. According to the Foreign Ministry, 2,200 people emigrated last year, up around five times from 2016 and the most since the financial crisis in 2008. The wealthy blame political and economic woes at home, while middle-class Koreans cited difficulties educating children here.

The government says that the spike in people reporting that they have moved overseas is merely due to new regulations that allow them to receive their national pension in a lump sum since May of 2018. But there are other signs that an exodus is underway.

Purchases soared in the second quarter of 2017, just after President Moon Jae-in took office in May. Until the first quarter 2017, the amount of money Koreans wired overseas stood at around $10 million a quarter for seven straight quarters. But it suddenly surged to $131.4 million in the second quarter and has remained above $100 million every quarter since then.

One owner of a large hospital in Korea said, "I own two buildings in Gangnam, but I decided to stop investing in Korea, because I have no idea how much more the government intends to raise taxes".

For the rich, investing in real estate overseas offers the benefit of drastically slashing inheritance and gift taxes they have to pay on property at home. The U.S. raised the limit on inheritance tax exemptions from $5.49 million to $11.2 million last year. But in Korea, a person who inherits W23 billion has to pay more than W12 billion in taxes.

Middle-class Koreans are also packing up and leaving. The most popular destination is Southeast Asia. One family who moved to Cebu in the Philippines decided to settle down there to escape worsening air pollution here. On a weeklong holiday in Cebu three years ago, they found that their two daughters no longer suffered from chronic nasal inflammation.

The country where Koreans spent the most money on real estate last year was Vietnam with 1,347 money transfers. Next were the Philippines, Thailand and Malaysia.

One staffer at an overseas real estate company said, "Just W100 million to W300 million can get you a very decent house in a major city in Southeast Asia. It's very cheap to transfer money to Vietnam, so a growing number of middle-class Koreans are buying homes there, not for speculative purposes but to rent it out and save the money to fund their retirement after emigrating there".

"Koreans Emigrate in Record Numbers"
by HanCinema is licensed under a Creative Commons Attribution-Share Alike 3.0 Unported License.
Based on a work from this source