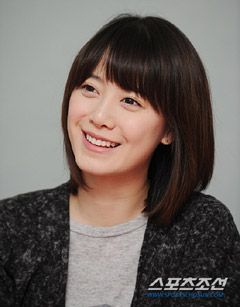 Actress Ku Hye-sun is preparing to take the reins of another film one year after making her directing debut with "Magic - 2010". Entitled "The Peach Tree", her new movie will star Nam Sang-mi and Ryu Deok-hwan in a story about conjoined twins.

Ryoo will play one of the twins who competes against his brother for a woman played by Nam. The actor playing the other twin has yet to be decided.

Nam, who is Koo's close friend, also starred in Koo's short film, "You", which was a hit at the 2nd Seoul International Extreme - Short Image & Film Festival.

The versatile Koo has also dabbled in singing, composing and writing. She is currently taking part in shooting an official trailer for the 13th International Women's Film Festival in Seoul.