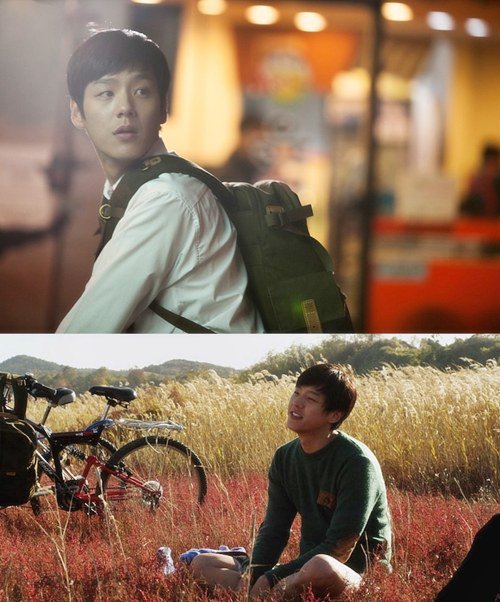 Kwak Si-yang is making his breakthrough with a movie.

He landed on his first major role in the film "Night Flight" which is due on the 28th.

"Night Flight" deals with the imbalance of society through competition, absence of human rights, discrimination of minority and ranking problems in a suppressed school.

Kwak Si-yang takes on the role of eighteen year-old Yong-joo who is an example student of the school and thinks spending time with friends is precious. He has been best friends with Ki-woong (Lee Jae-joon) since junior high, but they go different ways in high school.

Showing the reality of the dreaded school, "Night Flight" was invited to the 64th Berlin Film Festival in February.

Kwak Si-yang's talent is well-known enough for director Lee Song-hee-il to pick him up right away. He recently starred in the SBS weekend drama "Good Day".

"Kwak Si-yang makes it big with "Night Flight""
by HanCinema is licensed under a Creative Commons Attribution-Share Alike 3.0 Unported License.
Based on a work from this source