Kwak Si-yang meets his old friends from 'Oh My Ghostess' 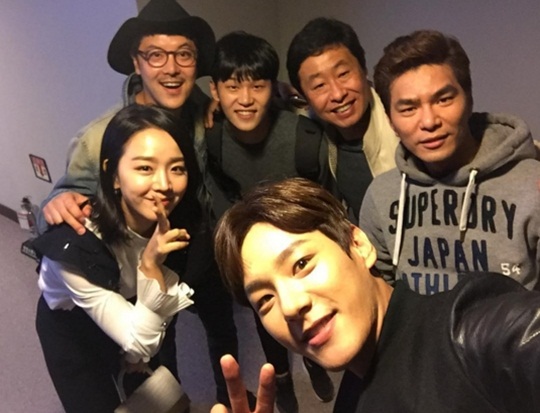 Actor Kwak Si-yang met the cast of 'Oh My Ghostess' again in a long time.

In the revealed photo, the actors and actresses who starred in tvN's drama, 'Oh My Ghostess', which finished in last August, stand closer to each other to take the group selfie.

They gathered together to support Jo Jung-suk, who starred in the drama as Kang Seon-woo, and his new movie, "The Exclusive : Beat the Devil's Tattoo".

Meanwhile, Kwak Si-yang is currently starring in KBS 2TV's evening daily drama, "Everything Will Be Alright" and MBC's entertainment program, 'We Got Married'.

"Kwak Si-yang meets his old friends from 'Oh My Ghostess'"
by HanCinema is licensed under a Creative Commons Attribution-Share Alike 3.0 Unported License.
Based on a work from this source