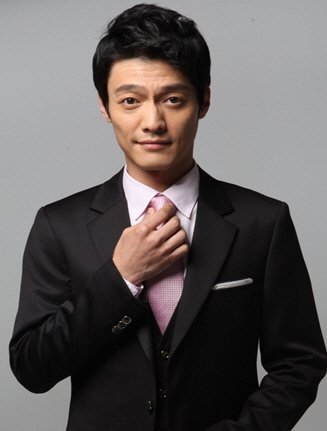 Kwon Hyuk is starring in the new MBC drama "Two Cops", a fantasy investigative drama about a detective named Cha Dong-tak (Jo Jung-suk) who is possessed by the spirit of a con, and a social reporter Song Ji-an (Hyeri).

Kwon Hyuk was recently signed into a new management and confirmed his appearances in the new MBC weekend drama "Money Bouquet" and "Two Cops".

Kwon Hyuk has made impressive performances in the movies "Coin Locker Girl", "The Handmaiden", "A Violent Prosecutor", "The King", "Accidental Detective", and more.

He also made a reputation for himself through tvN dramas "Dear My Friends", "Live Up to Your Name", "Witch's Court" and more.

Meanwhile, "Two Cops" will begin on the 27th of November.

"Kwon Hyuk to star in "Two Cops""
by HanCinema is licensed under a Creative Commons Attribution-Share Alike 3.0 Unported License.
Based on a work from this source