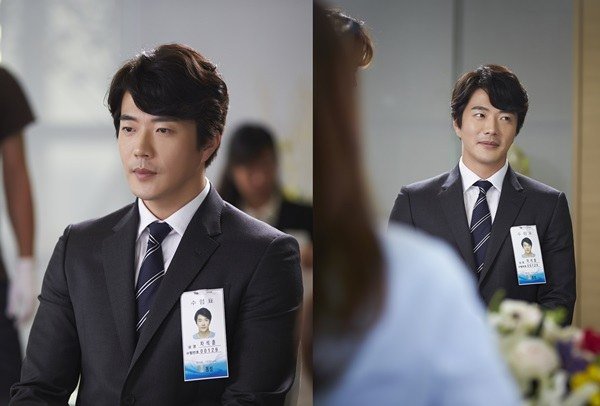 Actor kwon Sang-woo transformed into Cha Seok-hoon, dressed in a neat suit in the still cuts revealed on the 25th.

To prepare for the first day of shooting, kwon Sang-woo analyzed his character and script thoroughly. The first scene was taken in Songdo, Incheon and as soon as the sign was given, kwon Sang-woo went all in.

Cha Seok-hoon is a sensitive man, bundled up with justice, but he's buried in debt and is pushed to the edge of a cliff. He makes a decision for himself and his wife, but runs into conflicts with her.

After the first scene, kwon Sang-woo said, "I was nervous but it was fun. This drama is going to be very interesting".

Meanwhile, "Temptation" is about a man who makes a decision that he won't be able to take back and finds the true meaning of love. Starring kwon Sang-woo, Choi Ji-woo, Park Ha-sun, Lee Jung-jin and others, this drama will be broadcasted after "Doctor Stranger" on the 14th of July.

"Kwon Sang-woo's first take in "Temptation""
by HanCinema is licensed under a Creative Commons Attribution-Share Alike 3.0 Unported License.
Based on a work from this source