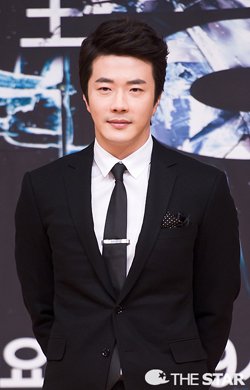 kwon Sang-woo returning to the spotlight from which he has faded in the last few years as he is appearing in a hit Chinese movie and a popular new SBS drama that is garnering positive feedback from TV viewers and critics alike.

The soap, "Yawang" revolves around a man who takes revenge on his ex-girlfriend after she betrays him. In the first few installments of the show, Kwon focuses on showing his utter devotion to his partner.

"I think we have made a good start. I appreciate the good reviews of my acting skills, but the most important thing is that we get high viewing figures", he said with a smile.

Kwon rose to fame with hit movies including "My Tutor Friend" and "Once Upon A Time In Highschool" But since the late 2000s, he has been out of luck in selecting the right films. "I didn't realize it at the time, but in retrospect I probably went through a bit of a slump", he said. "I often felt as though I was out of touch with what the public wanted. Now I select my scripts much more carefully".

"12 Chinese Zodiac Heads", the current No. 1 movie at the Chinese box office that stars Kwon and Jackie Chan as lead characters, has served as a turning point for him. "It was an honor for me to work with Jackie. And now I feel even happier as the film is proving a hit", he said. "It took around 10 months to shoot. Due to my busy schedule with the TV drama, I haven't even seen the finished version yet". He added that he was impressed by both Chan's humility and passion for the craft as the Chinese star was even willing to perform manual works while shooting the film.

Meanwhile, in the second episode of the new drama aired on Jan. 15, Kwon's wife, actress Son Tae-young, appeared in a cameo role. "She's a really nice woman and a good actress. As she had to deal with a lot of celebrity gossip and rumors since we got hitched, I always feel sorry for putting her through this", Kwon said. "I hope her recent cameo appearance helps her return to the acting field".

"Kwon Sang-woo Wins Back Fans as Jilted Lover in SBS Soap"
by HanCinema is licensed under a Creative Commons Attribution-Share Alike 3.0 Unported License.
Based on a work from this source