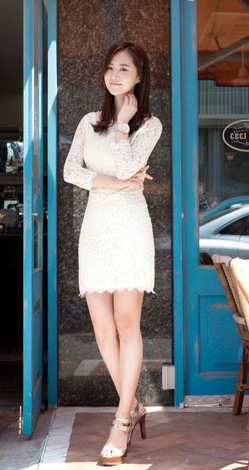 All nine members of Girls' Generation have sweated and toiled to give fans what they want since they debuted five years ago, which helps explain the girl group's mammoth popularity, and Kwon Yuri is seen as one of its hardest-working members.

Kwon Yuri, who is currently starring in the SBS drama "Fashion King", said she has always harbored ambitions of being not just a singer but an actress.

"Even when I was a trainee some 10 years ago, I always wanted to act", Kwon Yuri said. "I took acting lessons and read many scenarios", she added.

"I'm so happy to have got this chance to act in a TV drama. I held about 10 meetings with the director before filming started. He did not know much about me and had no idea about my acting ability, so he gave me a lot of advice".

Fellow band member Yoona appeared in the 2008 TV drama "You Are My Destiny", while Jessica followed suit recently in "Wild Romance". This makes Kwon Yuri something of a late starter given her decade-long dream, and the same is true of her popularity within the band among fans, which also emerged later than most of the other members.

Each of the members has been at the center of attention at one time or another, but Kwon Yuri has built up her reputation gradually through hard work. SM Entertainment is notorious for its intense training program, encouraging the girls to practice from dawn till dusk to get their moves down perfectly, and Kwon Yuri has seemed to thrive in this environment.

Actors Yoo Ah-in, Lee Je-hoon and Shin Se-kyung, who appear on "Fashion King" with Kwon Yuri, are among the hottest young stars in Korea right now. They are also recognized for their acting abilities. But rather than being intimidated, Kwon Yuri asks them for tips and advice, and tries to learn from them.

Kwon Yuri's fans call her the "black pearl", partly in recognition of her dark complexion, but also because a pearl takes a long time to form within its shell -- just as Kwon Yuri has kept stretching herself to become a shining "jewel" among the group.

However, such hard work and endurance has now become a matter of routine for her and the other members of Girls' Generation, and this may be what has kept them at the top of their game for so long.

"Kwon Yuri of Girls' Generation Shines in TV Drama 'Fashion King'"
by HanCinema is licensed under a Creative Commons Attribution-Share Alike 3.0 Unported License.
Based on a work from this source